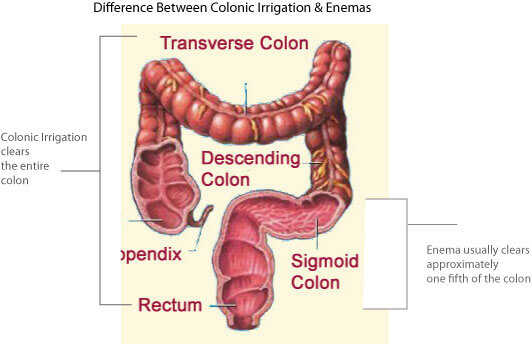 What is the difference between a colonic and an enema?

Very often people undergo enemas and believe they are having a colonic or colonic irrigation. At Dublin Vitality center, we recommend that enemas are introduced on an empty colon and therefore it is advised to have colonic irrigation in advance of the coffee enema.

Preparation For Colonic Irrigation or Enema

To prepare for colonic irrigation, you should do the following: