There are many reasons why colonic irrigation has been around and fashionable with health experts for thousands of years. There is one expression that comes to mind and that is common among advanced functional gut health practitioners relating to colonic hydrotherapy. "Those that know, always go. Those who don't, forever won't"

There are references to ancient forms of colonic irrigation in the Bible and in Egyptian texts. It makes sense. An impacted colon is not healthy. Its equivalent to carrying a bin full of unwanted waste around with you 24/7. But its worse, because you are carrying that waste on the inside of your body where it is being re-absorbed. Thankfully, gut health has become a more talked about issue in recent times than it was in the past. There is so much more to learn about the gut and the value of colonic irrigation in good gut health.

What Is The Difference Between The Gut and The Colon?

They are the same thing. One thing that must be clarified before we discuss colonic irrigation and gut health, is this. It might sound obvious but so many people have only a vague idea what their gut is. Most think its their stomach. It is not. Your bowel is 5 ft long, approximately the size of the average bathtub. 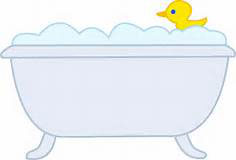 All of these refer to the bowel.

Bowel Cancer Hides For Years In Your Gut

Bowel cancer does not happen overnight. It takes years to develop. The conditions must be right in order for it to thrive. When we take on The Vitality Gut Health Plan, we create a body where the conditions are wrong for cancer. We make it unwelcome. What I am telling you is the same as what doctors say on the subject " The colon and the rectum—the two parts of the large intestine—are common places for cancer to occur. It is often a hidden cancer because it doesn't usually cause symptoms in its early stages." (Harvard Medical Journal ). That's right. It is a hidden cancer. It hides in your bowel for years. You can't see what goes on inside your bowel. But since the latest studies from the esteemed Harvard Medical Journal tell us that our intestines accumulate plaque and we know that plaque is a breathing ground for colonies of nasty bacteria to populate, it makes absolute sense to rid the bodies main eliminatory organ, the large intestine of such putrid filth before things get out of hand.

Parkinson Disease May Start In The Bowel

According to a recent study by US based scientists and supported by Parkinsons UK, built up toxins in the bowel kill nerves that are linked to movement. Researchers at the Van Andel Research Institute in Michigan looked at 1.7 million people over half a century and found that the bowel contained a toxic protein called alpha synuclein that is found in the brains of those with Parkinsons disease. This toxic protein resides in the appendix, a small sac at the end of the colon. Scientists now believe that the bowel is a breeding ground for this toxin which travels up the vagus nerve and into the brain causing Parkinsons Disease. Since colonic irrigation cleanses the entire bowel including the appendix, keeping your bowel clean may reduce the build up of alpha synuclein and thereby reduce the risk of Parkinsons. The study published in Science Translational Medicine showed the risk of Parkinsons was 20% lower in those who have had their appendix removed. (Science Translational Medicine, 2018)

A recent study by The Harvard Medical Journal confirms what our ancestors already knew. Intestinal angina is a condition where plaque develops on the walls of the gut in much the same way as cholesterol blocks the arteries of the heart. Left unchecked, this mucoid plaque coats the bowel and causes fatigue, low energy and lack of vitality. The bowel is that 5 foot organ located between the ribs and the hips. It is approximately the length of the average bathtub. But there are other benefits to replenishing the gut. Some of which are more difficult to explain. When impaction exists in the gut, you will feel unexplained bouts of anger, frustration and may experience a feeling of being "stuck in a rut" or "seeing red." This is very likely to do with the gut brain connection. 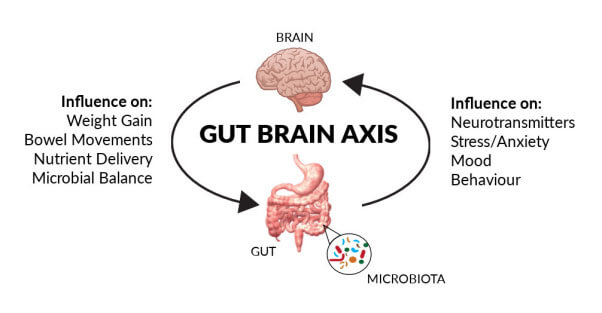 When we talk about gut health, we are really talking about bowel health. Your bowel is five foot long. That's approximately the length of the average Whirlpool bathtub. This organ is highly sensitive and has a complex system of muscle that moves fecal matter along. The muscular action that moves the bowel is known as peristalsis. Imagine a huge worm moving along. That is pretty much how the peristalsis of your bowel works. What is most interesting and relevant about the peristalsis of the bowel, is that serotonin (you know the feel good hormone in your brain) is produced autonomously by the gut as a stimulant to keep the bowel moving. In short, when you bowel stops moving, due to constipation, your serotonin stops moving and you become depressed. In modern medicine, the treatment of IBS is to prescribe anti-depressants. These anti-depressants work by boosting the serotonin in you bowel. A natural approach is to have colonic hydrotherapy to remove fecal matter impaction and jumpstart serotonin.