Great skin starts from within. For persistent acnes, psoriasis, eczema, and other skin problems, look to the gut. When all else has failed, when no skin care product is working to clear the dermis, it is time to look to the gut for the answers. By clearing the underlying problem and using a gut friendly skin care routine, there is a an opportunity for the skin to heal from deep inside 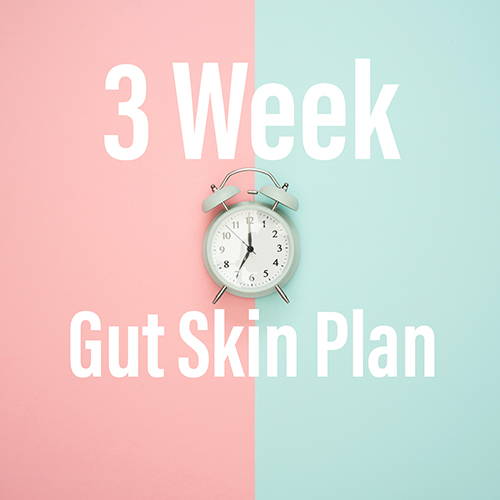 A course of 3 colonics with probiotic implant and liver cleanse, a cleansing skin care instructions and probiotic skin care products.

To book, email us, or book the first colonic stating that you are interested in undertaking the Good Skin Plan. We will then go through all details on arrival. 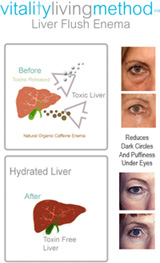 At Dublin Vitality Center, great skin starts from within. That is why we provide the most advanced Harley Street Method of colonic hydrotherapy. The Harley Street Method is a advanced colonic hydrotherapy treatment which enables the client to enjoy complete privacy during their treatment. Tubes are smaller and there is absolutely no odor or embarrassment. It is now possible to benefit from this incredible treatment with no loss of privacy. The treatment is gentle, effective and extremely private. At Dublin Vitality Center, colon hydrotherapists hold Advanced I-ACT certification. I-ACT is the only training programme accepted by federal law in the USA, which enables a colon hydrotherapist to work legally.


"People were commenting on my glowing skin"

Very often spots appear on the face due to toxins circulating within the body. If the eliminatory organs such as the liver and colon are over taxed with toxicity, the toxins will attempt to exit the body via the skin. This results in acne, spots on the back, cystic acne and lumps under the skin which are sore but which don't appear to come to a head. These spots are very common around the chin. If they appear on the chin area, they are very often related to hormonal toxins. In this case, it is recommended to detox both the liver and the colon. 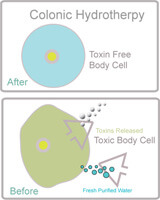 Eye bags are signs that toxicity exists in the liver. A liver which is not eliminating properly results in these tell tale signs. To instantly remove eye bags, book for liver coffee enema. The caffeine enema is brought into a cleansed colon. The caffeine enema solution is retained for 15 minutes. This allows the caffeine solution to circulate to the liver. It causes bile ducts in the liver to dilate allowing all toxicity to leave the body. The result is reduced eye bags and brighter skin in just one hour.

For dark eye circles under the eyes, the recommended treatment is colonic hydrotherapy with liver coffee enema flush. Dark circles are instantly improved and the body feels energised and rejuvenated. Great skin really does start from within.

Puffy skin is a sign that toxicity is circulating in the body. Very often this is a result of toxins such as alcohol, poor diet. It is very common to also suffer insomnia, constipation and headaches at the same time. All of these symptoms will be relieved with colonic hydrotherapy followed by a liver flush enema at Dublin Vitality Center.

Psoriasis and Eczema can very often be relieved by colonic hydrotherapy and liver coffee enemas. A diet which eliminates sugar, coffee and other acids should be introduced. A glass of water with one teaspoon of bicarbonate of soda may be taken daily to help alkaline the digestive system. This generally results in relief. A course of treatments may be required. Additionally, lymphatic massage may be introduced prior to colonic hydrotherapy to push the toxins from the skin into the elimination organs.

"Over the next few weeks, my psoriasis - which is an irritant rather than a full on annoyance - cleared up completely.”
YOU Magazine

Hormonal spots are those which appear around the chin, neck and lower face. They often appear as hard lumps under the skin. Colonic hydrotherapy followed directly by liver coffee enemas will remove the toxins which are causing these hormonal spots. They will normally clear up over the following days.